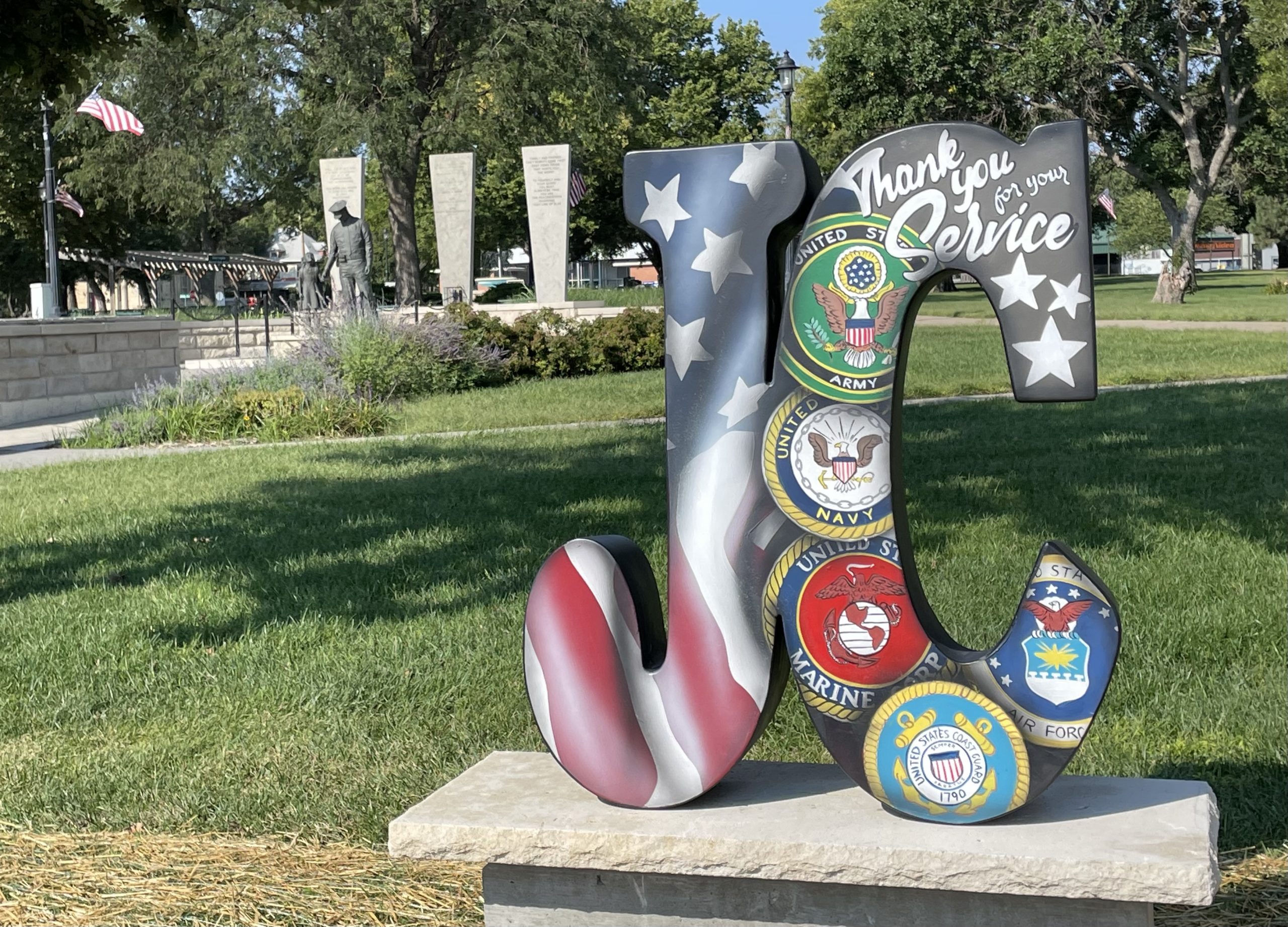 What an exciting evening at the unveiling of the first “JC” statue.  There will be ten statues strategically placed throughout downtown and each one will be a chapter in the story of Junction City.

Junction City is a uniquely American experience and we our immensely proud of our veterans.  The statue is located in Heritage Park.

Thank you, Mindy Allen, for the beautiful mural; Baskin Robbins for the ice cream that helped keep everyone cool; City of Junction City for sponsoring the statue; JC Public Works for the construction of the base; Kansas Creative Arts Industries Commission and National Endowment for the Arts for the grants to fund the muralists; past Interim Director Jerry Lonergan for applying for the grant and connecting JC Main Street with the K-State Salina campus Engineering Dept; Doug Zerr, Director/Professor of the K-State Salina Engineering Dept and Director of the K-State Salina Composite Club for constructing the statue and delivering it; Theresa Bramlage, LTG (RET) Perry Wiggins, Phyllis Fitzgerald, Craig Bender, and all the members of the Statue/Mascot Team and Jade White, Amber Serrano, and all the members of the Junction City Main Street Design Committee for the brainstorming and final design selection of Trish Giordano’s “JC”; and Madison Redmond, senior at K-State Salina studying Aviation Maintenance Technology, for creating the JC statue with support of Doug Zerr; and Junction City main Street Executive Director, Michaela Joyce, and the entire Board of Directors for bringing the statue to completion.

As a side note, the base is not completed.  Coming soon will be the limestone facade, lights, and recognition plaque.

Head to the Oktoberfest on September 30 for the unveiling of statue #2.

JC Statues continue to tell the story of Junction City

The story of Junction City continues to unfold one statue at a time.  On December…

Oktoberfest brought an estimated 15,000-20,000 people to downtown Junction City.  As part of the celebration,…