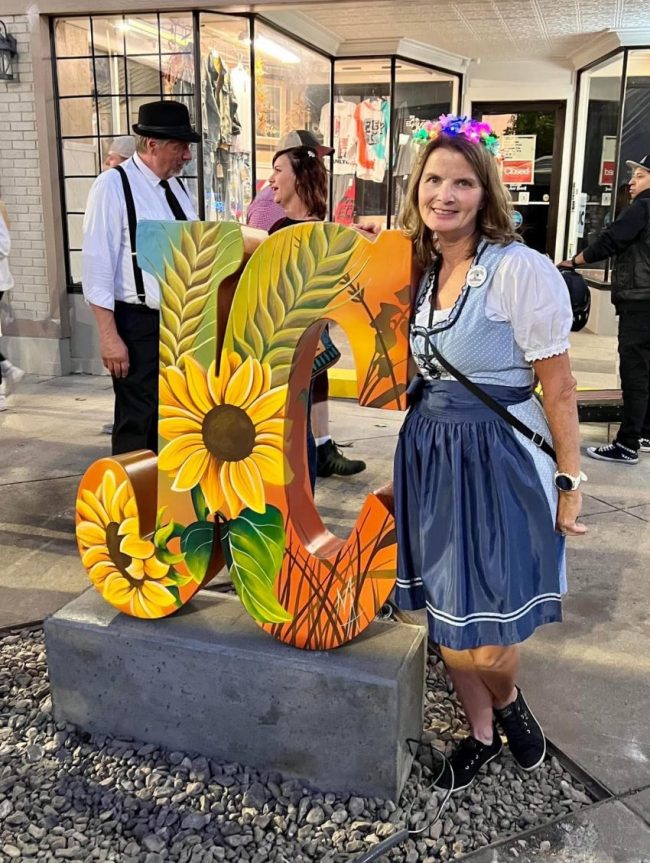 Oktoberfest brought an estimated 15,000-20,000 people to downtown Junction City.  As part of the celebration, the second JC statue was unveiled thanks to the support from Kansas Creative Arts Industries Commission, Geary Rehabilitation and Fitness Center, and the Public Works Department for the City of Junction City.  Muralist, Mindy Allen, creatively revealed the agricultural theme combined with native grasses all within the colors of a sunset.  A number of early settlers were attracted to Junction City by the lure of land.  Corn was reported as the leading crop with its nearest competitor listed as wheat.  Farming continues to this day.

What an exciting evening at the unveiling of the first "JC" statue.  There will be…